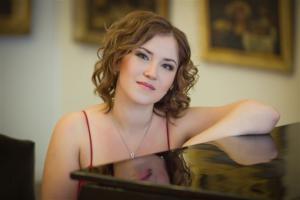 Mariya Kim was born in Sevastopol (Ukraine) in a musician family. At the age of 6 she started to study the piano at the Music-school in Sevastopol (Prof.Valeria Romanenko), where she graduated in 1998 under her mother Prof. Tatiana Kim. 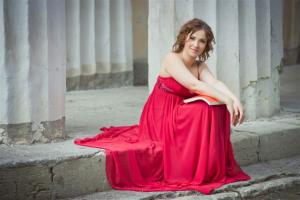 Most important in the 2009/10 season were performances with the Chamber Orchestra of the Polish Radio "Amadeus", Incheon Philarmonic Symphony Orchestra, Orchestre National d'Île de France, as well as the recitals at the Philharmonic Hall of Warsaw, at the International Chopin Festival in Duszniki Zdrój in Poland, at the International Keyboard Institute & Festival in New York and the recording or the 2nd Piano Concerto by S.Rachmaninov with the Göttingen Symphony Orchestra.

In 2010 Mariya performed through Germany, at the famous "Chopin in the Colours of Autumn" festival in Poland and with the various Polish symphony orchestras, including the performance of the Polish Fantasy by I.Paderewski with the Warsaw Philharmonic orchestra on the occasion of the Independence Day of Poland.

In 2011 she graduated the Fryderyk Chopin University of Music in Warsaw in professor Piotr Paleczny class.
She was recently the recipient of a Yamaha Foundation award in recognition of her accomplishments. Mariya has recordings for Radio and TV. In 2009 she made a recording of her debut CD with works by R.Schumann for the Naxos Label.