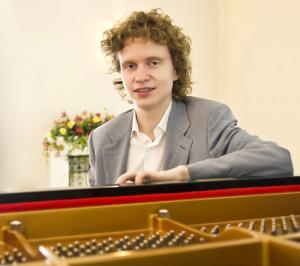 Nikolay Khozyainov was a more than worthy winner of the Dublin International Piano Competition
The Irish Times, May 22,2012

Nikolay Khozyainov, a phenomenal 21-year old pianist born in Blagoveshchensk, the administrative centre of Amur Oblast in the Russian Far East, is one of the most promising pianists of his generation. He is the winner of the 1st Prize at the Dublin International Piano Competition in May 2012 and 2ed Prize at the 2012 Sydney International Competition. He was awarded for the best performance of a work by Liszt and Schubert, best performer of the two concertos (donated by the Sydney Symphony Orchestra), for the performance of a virtuoso study, for the youngest finalist and People's Choice Prize.

Nikolay began playing piano of his own accord when he was just 5 years old. From 1999 to 2010 he studied at the Central Musical School of the Moscow P.I.Tchaikovsky Conservatory. Since 2005 he has been developing his abilities with the renowned pianist and teacher, Mikhail Voskresensky, and currently studies with him at Moscow's Tchaikovsky Conservatory of Music.

Nikolay Khozyainov is the youngest finalist of the 16th International Fryderyk Chopin Piano Competition in Warsaw (October 2010). His interpretations of Chopin and his unique musicality made an enormous impression on the audience and music lovers, and were appreciated by critics, from whom he garnered excellent reviews. Directly after the competition, the pianist gave recitals in Zelazowa Wola, the place of Chopin's birth, and in Chopin's Museum in Warsaw. 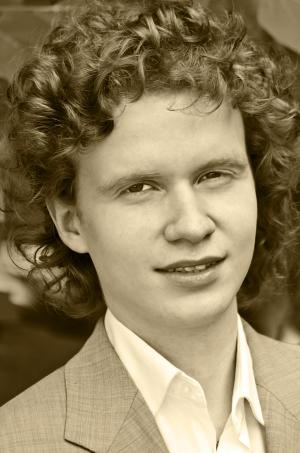 Nikolay has performed in recital and with orchestras in Russia, Belorus, Moldova, Azerbaijan, Poland, Romania, Czech Republic, Malaysia, South Africa, Germany, Switzerland, France, USA and Japan. He appears in concerts with orchestras, including Tokio Symphony Orchestra, Sydney Symphony Orchestra, Warsaw Philharmonic Orchestra. His first CD was released on CD Accord label in 2011 (distributed worldwide by Naxos and available at www.naxos.com) featuring works by Chopin and Liszt. The disc was recorded at the Warsaw Philharmonic Concert Hall. In 2012 Chopin Institute in Warsaw issued Nikolay's CD within Blue series with Chopin performances recorded live during the 16th International Fryderyk Chopin Piano Competition in Warsaw (October 2010). The Blue series presents unique music portraits of the most interesting personalities of the 16th Competition. In October 2012 the CD recorded for JVC Viktor company was realised in Japan.