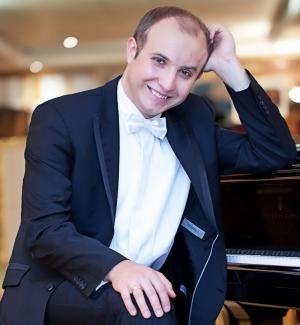 Alexander is Artist in Residence at Chautauqua Institution where he leads the piano program as an artistic advisor. He supports a number of charities including Theme and Variations Young Pianist Trust which aims to provide support and encouragement to young, aspiring Australian pianists as well as Opportunity Cambodia, which has built a residential educational facility for Cambodian children. Alexander currently lives in the Netherlands with his wife Zorica and their two daughters Anna and Olivia. He is a Steinway Artist and more information is available on his website www.alexandergavrylyuk.com

For the most up-to-date biography, please contact us:Agencja Artystyczna Filharmonia.
This biography should not be edited without permission from Askonas Holt. August 2019